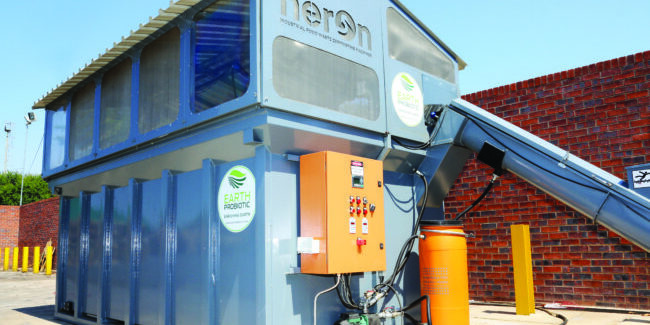 Putting food waste into landfills is a rubbish idea! Currently between one-third and one-half of all food is landfilled.

It’s time to take a look at your rubbish and think about the cocktail of rotten eggs, lumpy custard, prawn-braai leftovers and banana peels festering in the trash, harbouring maggots and flies.

The Heron IVC is a proudly South African solution that takes unwanted food waste and turns it into food for the soil and this machine does it on an industrial scale, on-site. 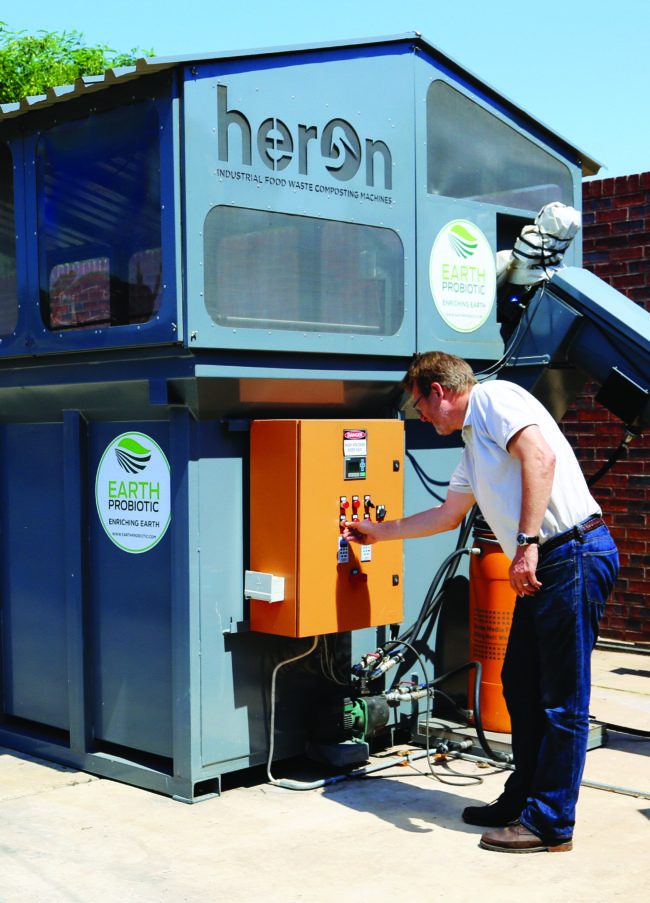 How the Heron IVC Works

Earth Probiotic will tuck into your organisation’s food waste – studying it, weighing it, and sorting through the assortment of leftovers from the kitchen,  the garden and recycling bins. 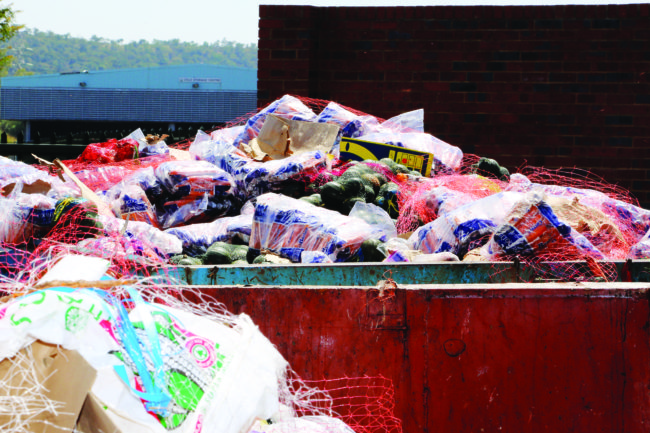 Based on the review of your rubbish a recipe is developed. A compost system works on a ratio of carbon to nitrogen. As a rule, food waste is nitrogen-rich so you balance that with carbon, found in paper and cardboard. Basically, the boxes the farm-fresh produces came in, goes into the Heron IVC with its food contents.

We’re not saying it’s glamourous but the best part about the Heron IVC is that nobody gets dirty and it only takes three people to run the machine.

To run a successful composting operation the entire organisation needs to cooperate and kitchens need to start separating trash at the source.

Getting down and dirty in the machine: 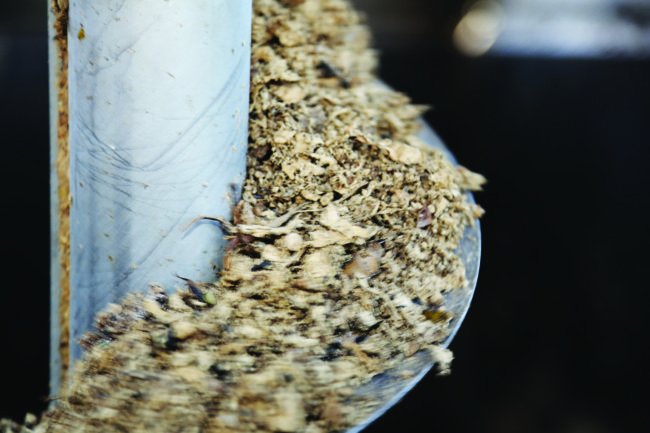 Staff use odour cues to monitor the contents inside the Heron IVC.  If the compost gets an ammonia tinge or you find yourself pinching your nose, the ratio of the recipe has gone wrong, or rotten food has been added. All one needs to do is add more cardboard.

Benefits of the Heron IVC

That food waste issue we were talking about

For South Africans Pikitup strikes will not be felt by big businesses if you have a Heron IVC.

Food waste is the biggest contributor to landfill sites, when it should be feeding the soil. Food waste can also be incredibly dangerous, just think of the last time you had food poisoning. Large corporations are also exposed if they are found to be dumping food waste and people scavenging in landfills get sick from food linked back to the organisation.

Not only does the Heron IVC remove the risk of dumping food waste, it allows you to reduce and measure what you are throwing away. So hotel managers can improve their stock lists and chefs will know if a certain recipe didn’t go as planned. 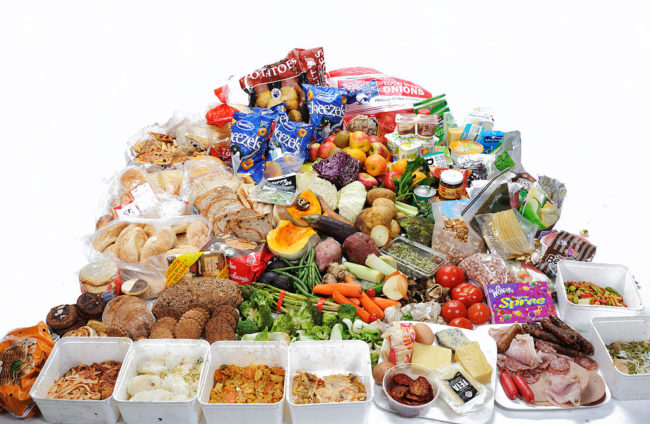 The Financial benefits of the Heron IVC

This is the part that interests CEOs and financial directors – what is the bottom-line? The Heron IVC is not going to cover its cost if you want to start selling compost. A machine that processes one ton of food waste is going to set you back R1,2 million. But over a three year period it will save you cash on waste removal costs. It will also reduce your electricity bill as you will not have to “drop dollar” on airconed rooms for your trash. And it will ensure that your organisation is prepared and part of the 2020 vision.

Green benefits of the Heron IVC

Hippies, earthworm-lovers and the eco-conscious listen up! The Heron IVC can reduce a company’s carbon footprint by saving 235 tons of CO2 e – which basically means harmful gasses like methane, nitrous oxide and sulphur dioxide, that would have been released from the food rotting in the landfill. Furthermore, it cuts back on carbon footprint resulting from waste removal. 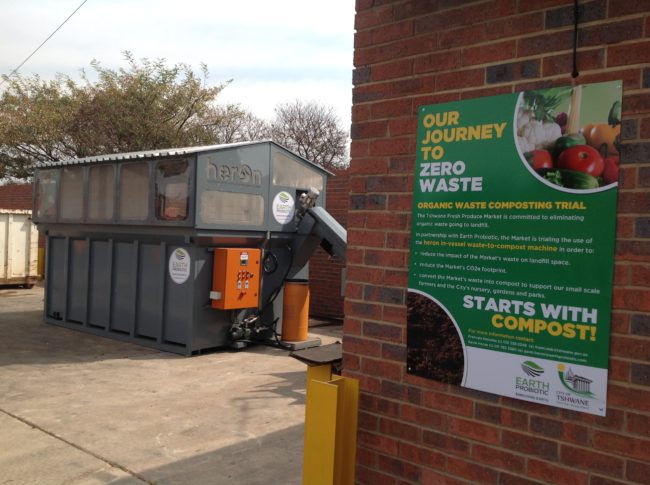 How gardeners and landscapers benefit onsite from the Heron IVC

Gardeners and landscapers love the Heron IVC because they do not have to buy in expensive chemical fertilisers; they get a product that is vastly superior made on-site. Nutrient rich food is not just good for humans – the food leftovers should actually be called soil food, because it contains calcium, potassium, good microbes and everything a garden needs to have good soil and healthy, happy plants.

Everything comes from the soil and we need to put nutrients and organic matter back into the soil. Soil should have 5% organics but in South Africa we only have 2%. By using the compost that comes out of the Heron IVC you can improve soil quality. 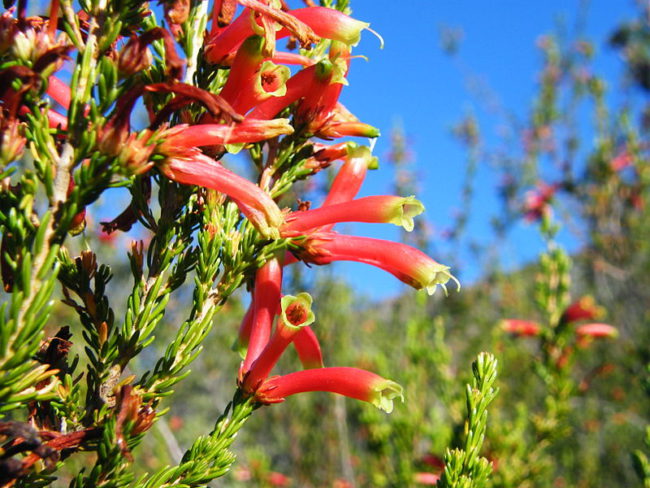 The Heron IVC is not a Health & Safety Risk

The first whiff of ammonia is not going to send the HSE officer running for cover. The Heron IVC has had a risk analysis done and staff do receive ample training.

It readily meets all EIA requirements, and guess what – you can touch the Heron IVC compost without dying or getting ill. Nothing like some good healthy microbes under the fingernails. 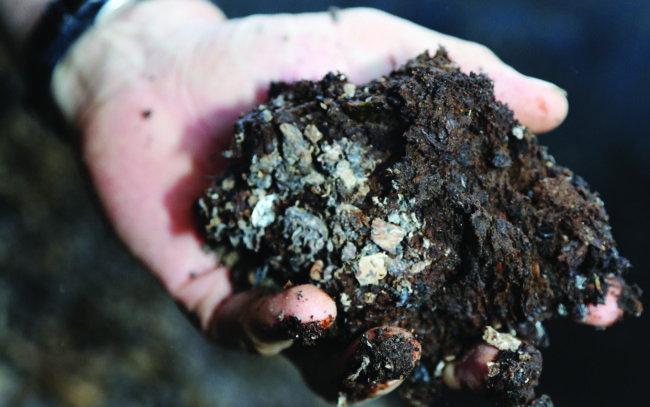 The are many ways to decompose a cat corpse after you have skinned it, when it comes to organic waste recycling.  The Heron  IVC is not the only the food waste solution with the 2020 vision in mind. Here is a list of others depending on what you are after: 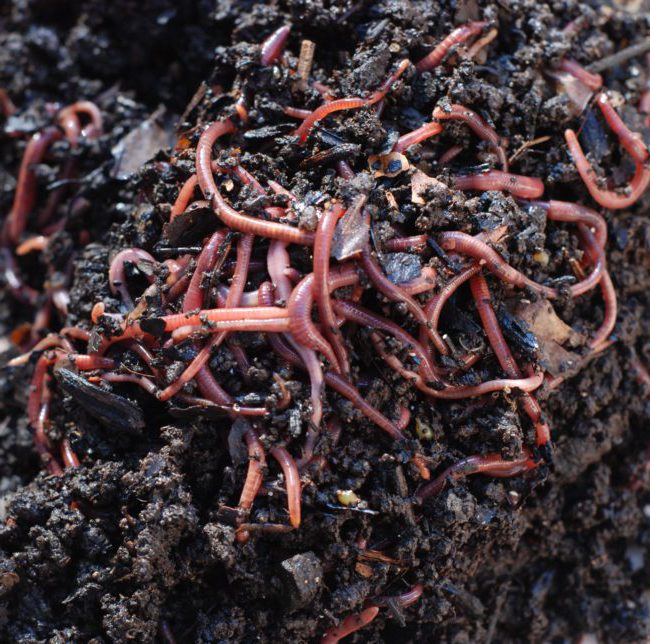 Facts about the Heron IVC 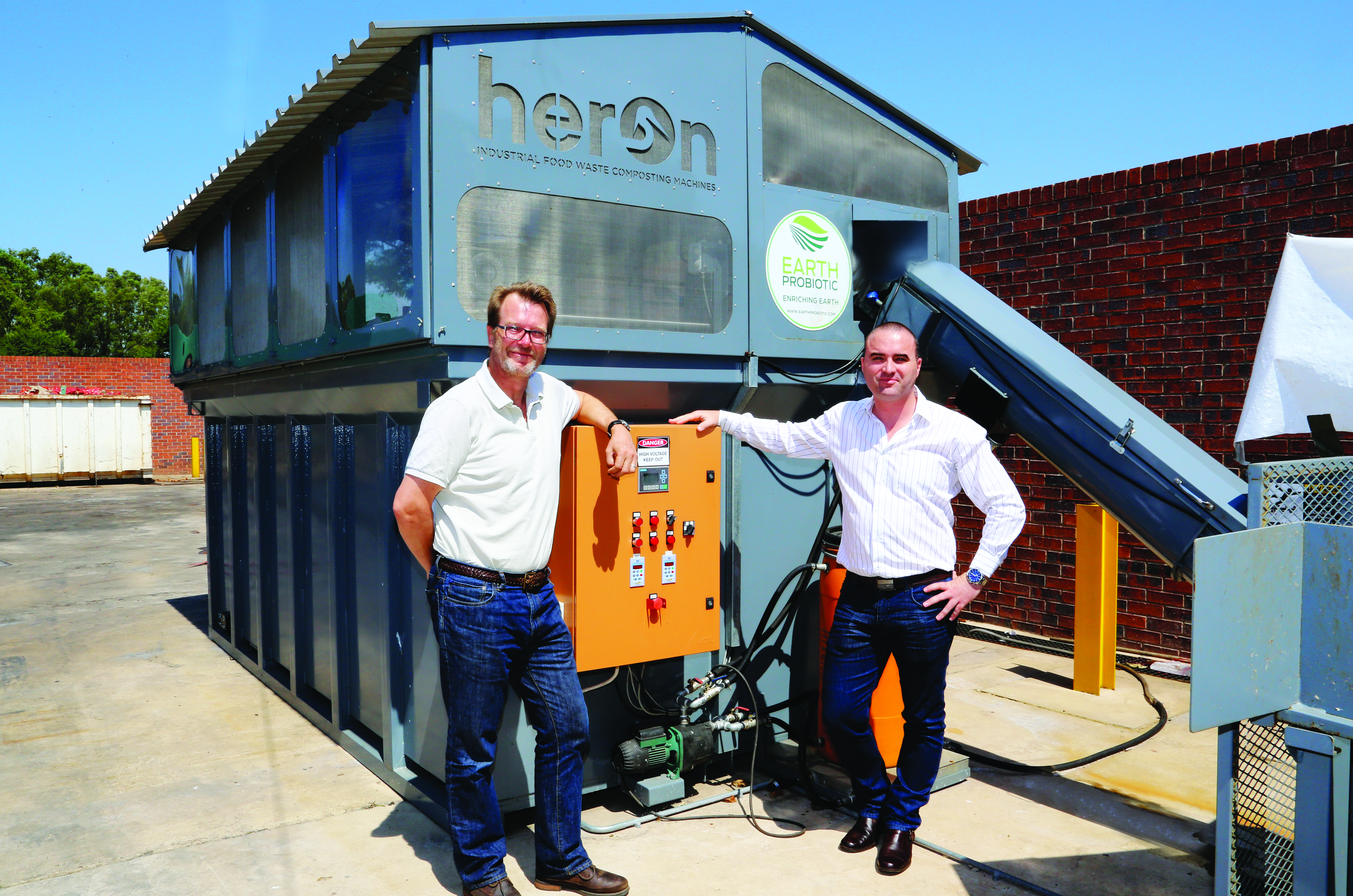