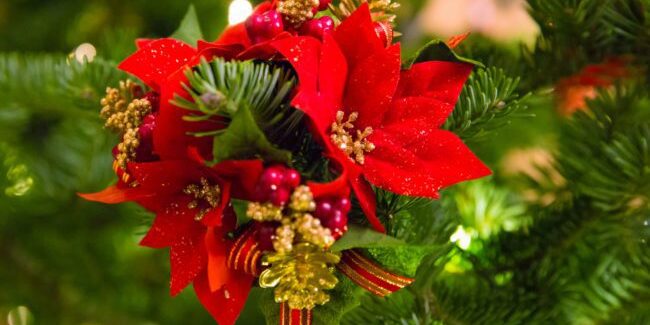 Life Indoors, the plantscaping division of Life Green Group, explores how this merry plant has joined the ranks of holly, mistletoe, ivy and fir trees to celebrate Christmas. 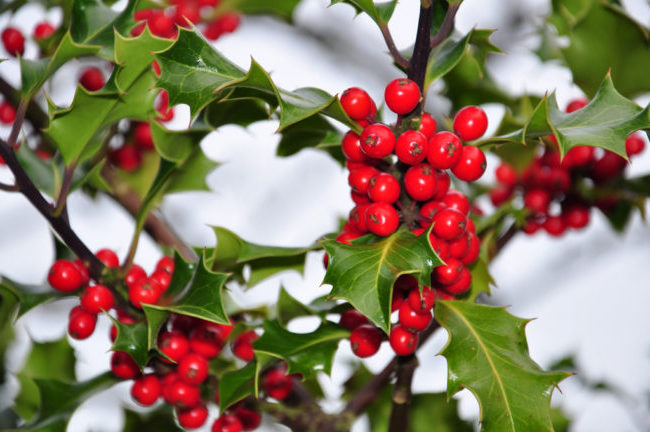 1. National Poinsettia Day was established in honour of Paul Ecke Jnr., the founder of the flourishing poinsettia industry. It is celebrated each year on 12th December – the anniversary of the death of botanist Joel Roberts Poinsett, who discovered this festive plant in 1828.

2. The poinsettia’s Latin name, Euphorbia pulcherrima, translates to ‘the most beautiful Euphorbia’.

3. Poinsettias are known for ‘flowers’ that are as red as Rudolph’s nose, but its ‘flowers’ are actually officially known as bracts. A bract is a modified leaf that resembles a flower. There are white, orange, pink and purple varieties of poinsettia. 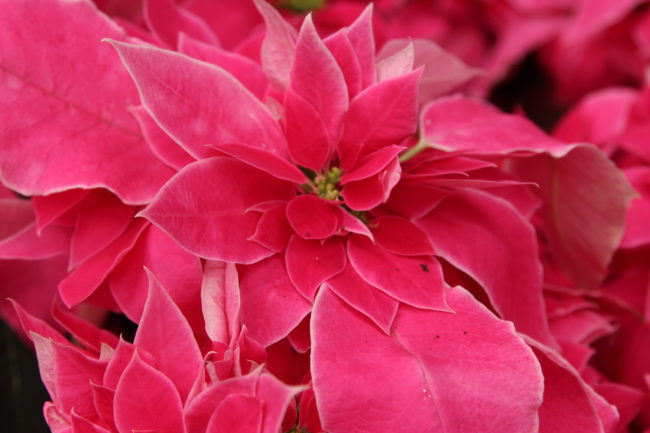 4. It is a myth that poinsettias (Euphorbia pulcherrima) are poisonous. The genus Euphorbia is known to be highly toxic, but the popular poinsettia is an exception.

5. The poinsettia is a beneficial indoor plant as it filters the air of toxins and produces oxygen. As well as its health benefits, poinsettias can double up as Christmas decorations and are known to bring Christmas cheer to offices. 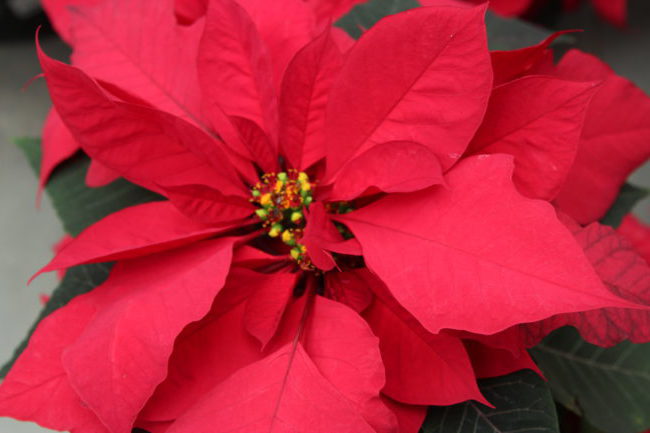 6. The poinsettia originated in the tropical jungles of Mexico where it was utilised by the Aztecs. In Mexico, the poinsettia is called ‘la flor de nochebuena’, meaning ‘flower of the holy night’.

7. National Poinsettia Day falls on the same date as the Feast of Our Lady of Guadalupe. On this day, all catholic Mexicans make a pilgrimage to the Virgin Mary’s statue.

8. The story of how poinsettias became linked to the birth of Christ also originates in Mexico. It is said that a peasant girl had nothing to bring to Church on Christmas Eve so she picked some weeds from the roadside and placed them in a bouquet at the foot of the nativity scene. These scruffy weeds then transfigured into the bright red flowers of the poinsettia. Those who witnessed the transformation claimed it was a miracle plant, and it became associated with Noel. 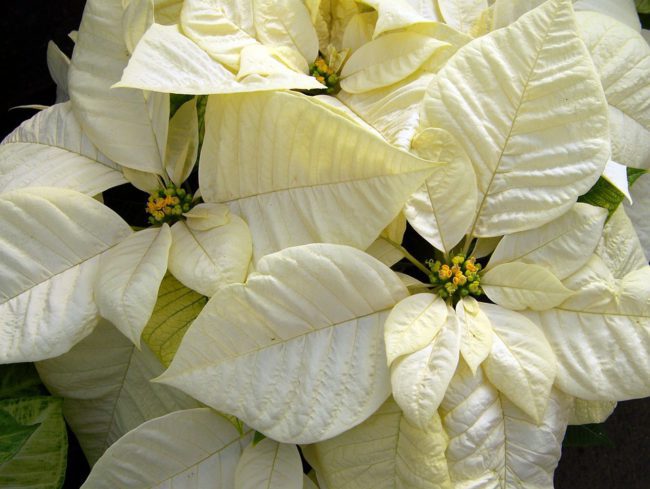 10. Poinsettias are after Santa’s own heart as they flower prolifically during December. As a result, poinsettias contribute an astonishing US$250,000,000 (circa ZAR3.4 billion) to the American economy during the festive season. 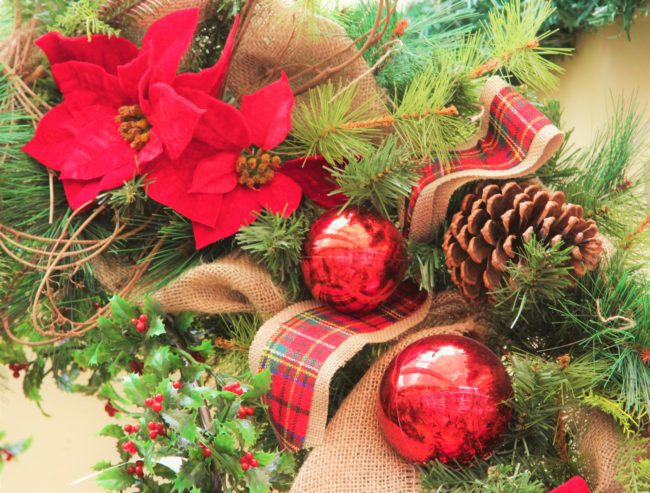 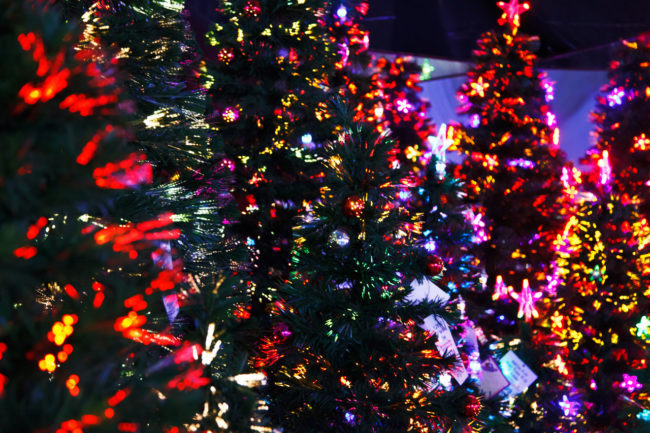 11. Life Indoors explains how to keep a poinsettia alive in a southern hemisphere climate after Christmas. By February, when the poinsettia bracts have begun to fade, put the plant outside in a shady, sheltered spot. In July, give it some fertiliser – preferably vermicast from a worm farm. Around October bring the poinsettia back inside and limit its exposure to light in order to encourage deep red bracts.

12. A poinsettia is a tropical plant so it likes regular watering or the lower leaves will shrivel up. However, it does not like to stay wet. If the water is not draining properly and the roots are permanently damp, the leaves will turn yellow and fall off. 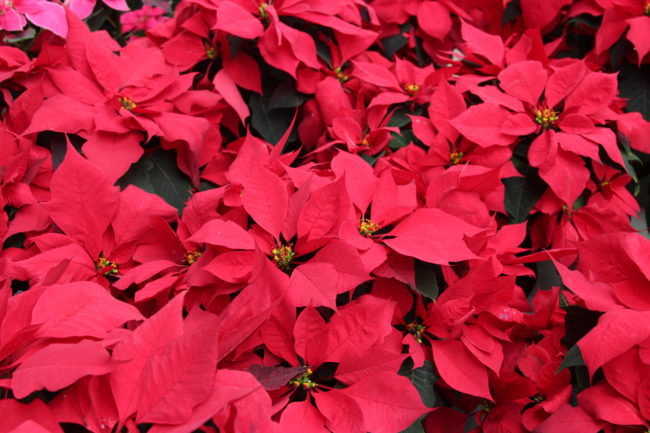