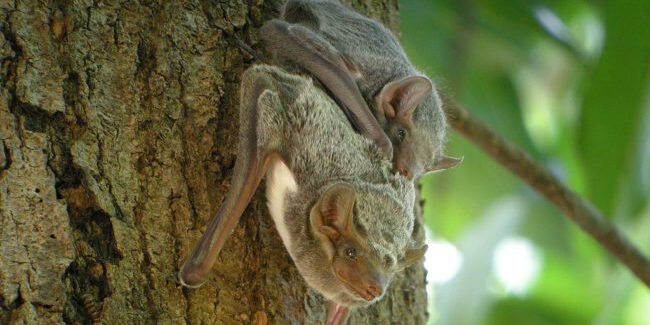 Life Landscapes has investigated how to attract Halloween’s favourite critter to a garden. With countless landscaping sites across South Africa we have realised the importance of urban wildlife islands for a city’s biodiversity. Landscapers and citizens often make use of bug hotels, barbet nests, butterfly gardens and owl boxes but we forget about the animals we don’t see, like bats.

South Africa is home to 56 bat species and about 36 of them occur in urban areas, which is why need to consider bats in landscape designs and make room for them in gardens. Bats are a protected species but little is being done to help them.

Despite the harmful myths of vampire bats sucking blood, bats have offer important ecological services – controlling insects and pollinating crops. Bats really do get a raw deal due to the haunting myths that surround the species; most of them are so ugly they’re cute.

Trees and plants for a bat-friendly landscape

The large fruit-eating bats (Megachiroptera) rely on fruit trees. These bats are responsible for the pollination of  many fruits found in the green grocers,  like paw paws and litchis. Here is a list of indigenous fruit trees that attract frugivorous birds that will encourage bats as well.  All the indigenous ficus trees produce fruit for frugivorous bats.

As a rule of thumb, the larger frugivorous bats prefer roosting in large evergreen trees like the indigenous ficuses, indigenous palms, the Natal Mohgany, that offer deep shelter, shade and protection. The twisted and zigzag shape of ficus tree also offer shelter for the smaller bat species too.

According to pollination syndrome nectar-feeding bats are attracted to large white flowers filled with nectar that smell stronger at night. A lot of the frugivorous bats also consume nectar as well. A tree that is known to attract bats is the powderpuff tree (Barrgintonia racemosa) in Natal. 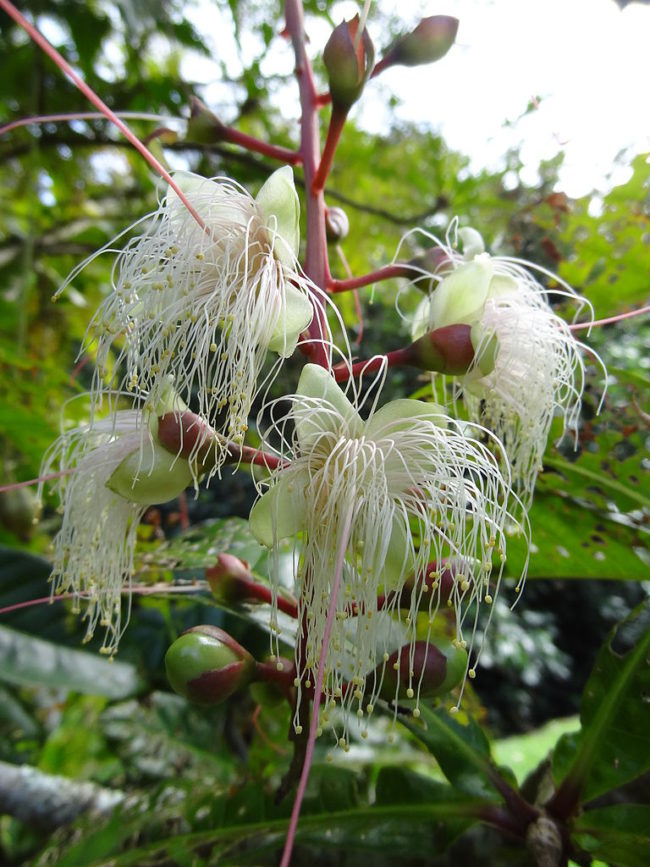 The smaller insect-eating bats (Microchiroptera) feed on insects, so plants that house insect’s larvae or where insects feed will bring bats like the Horseshoe bats.

Insectivorous bats rely on echolocation to find food.  Ever heard the expression “bat out of hell” it refers to the darting movement of bats on the wing while hunting with echolocation.  Insectivorous bats like nesting in things, so bat boxes are a must-have and the paper bark thorn (Vachellia sieberiana) or the peeling plane (Ochna pulchra) tree . Indigenous palm trees provide enough nooks and crannies for the smaller species to climb into. 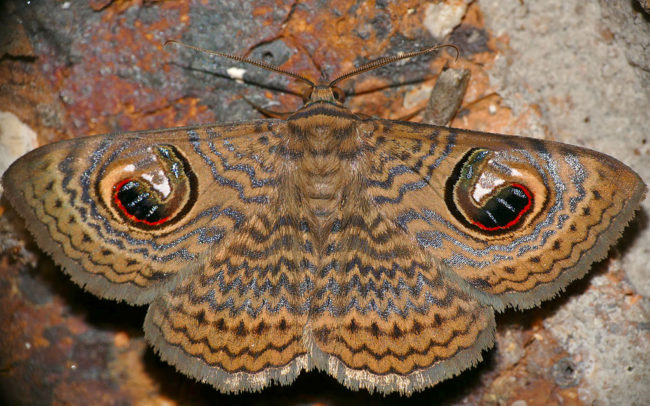 The yellow house bat is great for keeping aphid populations down. It is a real city slicker and will readily occupy a bat house. It also enjoys the shelter provided by human architecture and buildings.

The Cape serotine is very tiny and occurs across the country. It has a very quiet presence; they can live in gardens without anyone knowing they are there. They too will occupy bat boxes. 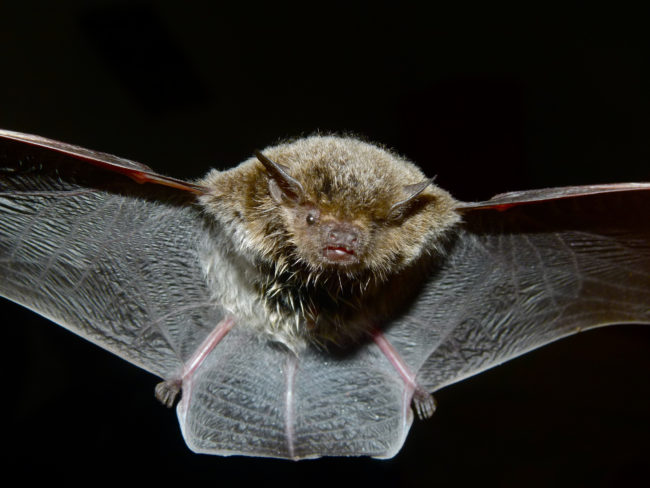 The Mauritian tomb bat has a very crabby disposition. They don’t like climbing into boxes but rather like to nest under things.. Indigenous palm trees make good home for this bat. A moon garden or gardens with nocturnal flowers that attract moths attract these moth specialists. 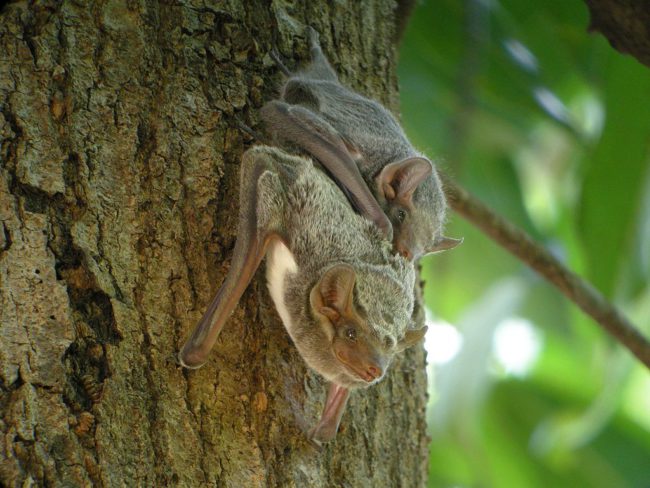 These bats have large dumbo-like ears and don’t have to hunt on the wing; instead they scramble on branches picking off insects and grasshoppers off leaves. They prefer quiet a garden and do not like to be disturbed because they are restless roosters. 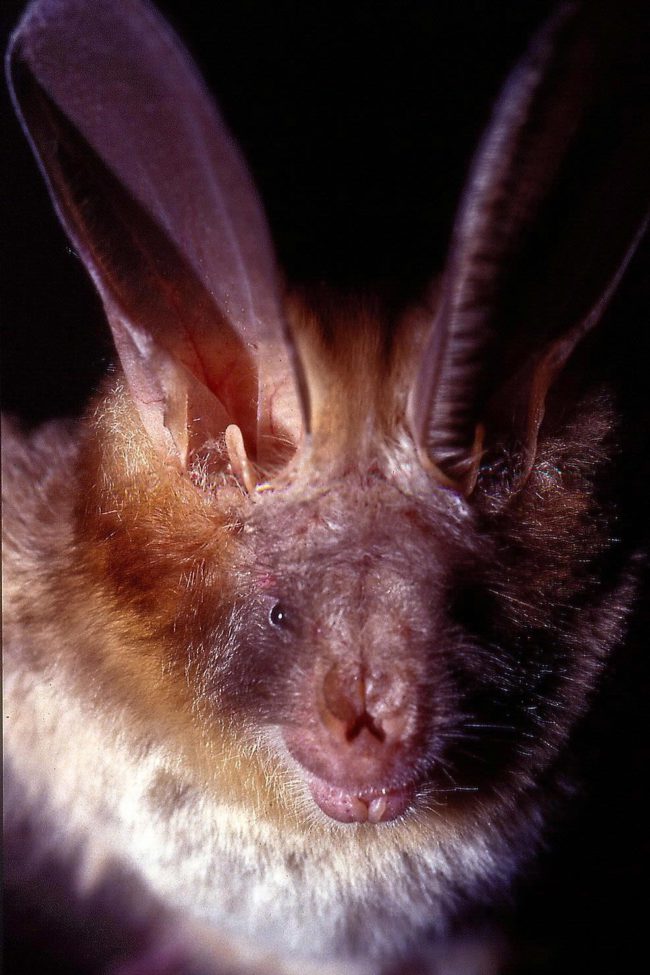 This Megachiroptera is nomadic and seasonal when it comes to roosting. It likes large evergreen trees, especially fig (ficus) trees to roost in. It is also known to roost under bridges in Durban. They feed on fig trees and like the nectar of nocturnal white flowers. 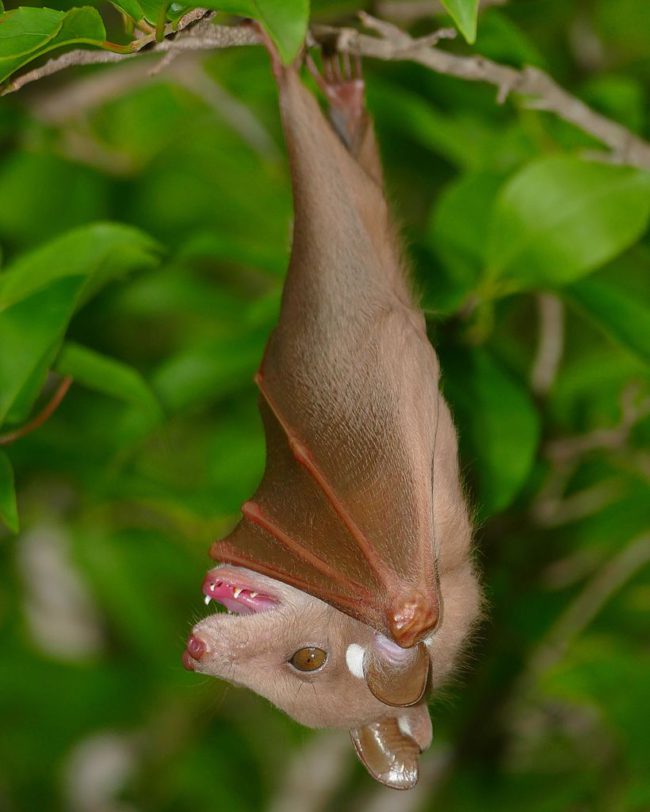 This bat is common in Limpopo and plays an important role in the forest rejuvenation not only by pollinating trees, but also by means of seed dispersal. They like roosting in indigenous evergreen trees with dense foliage and protection. The Gambian epauletted colonies are also territorial so one would need to keep some space between each group if you are housing them in a garden.

South Africa’s two baobab species, African baobab (Adansonia digitate) and montane African baobab (Adansonia kilima) are pollinated by several species of fruit bats. The baobabs large white blooms are nocturnal attracting this night-time critter with their scent. The flowers are large enough to support the weight of a bat while feeding. In turn the baobab also provides shelter for bats in the hollows and crevices in its mighty girth. The baobab, is often referred to as the tree of life, and offer important ecological services to the bushveld so this is one of nature important symbiotic relationships. 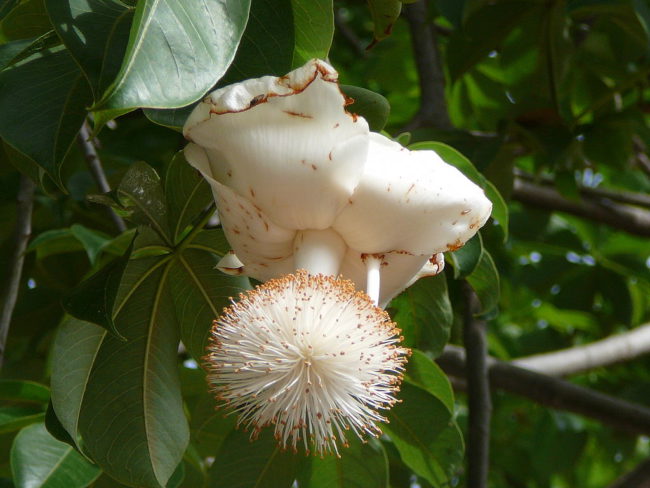 People spray pesticides or insecticides, and don’t even bat an eye, when it comes to the repercussions of insecticides down the food chain. A bat-friendly landscape means one does not use harmful poisons in the garden.

Bat boxes is a man-made solution to the bat housing crisis. Install a bat boxes two metres above the ground facing the morning sun. The more bat boxes the merrier. Most bats roost in the same place every night. 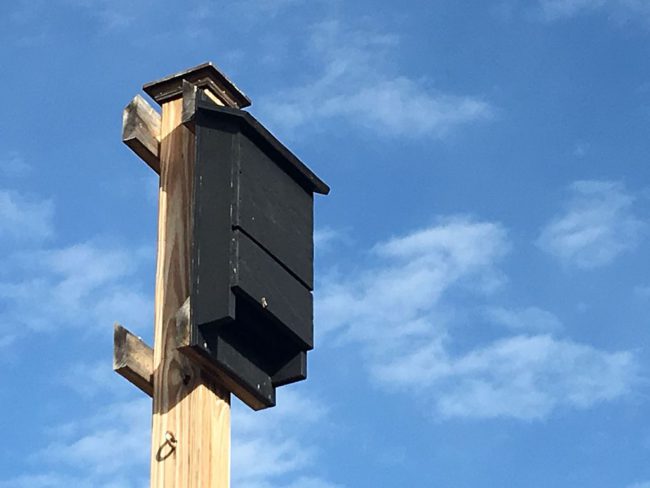 Night lights in the garden help draw insects out so the bats can find them. Water allows for insects to breed, flying ants also keep the bats busy.  However, both of these are preference for gardeners.

Despite bats contribution to the English language – blind as a bat, bats have made significant contribution to medicine and science. Through biomimicry and testing bats have helped human develop navigational aids for the blind, birth control, artificial insemination, vaccine testing.

Microchiroptera bats act as nature’s pesticide consuming a third of its body weight in insects a night. That’s a lot of mosquitos! Microchiroptera also help stop the spread of malaria and African Horse Sickness by eating the miggies that spread the disease. They also help farmers with insect-control. 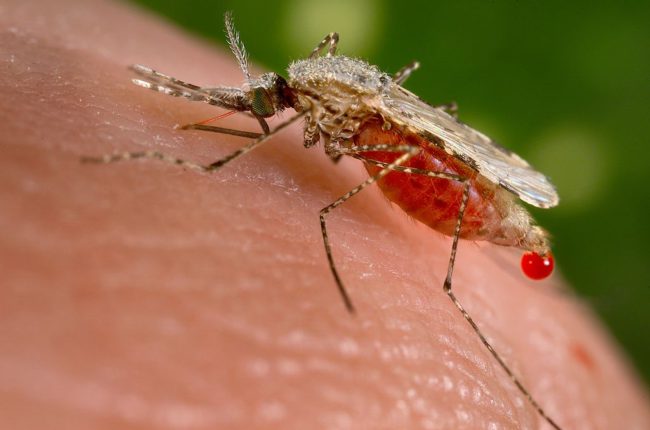 The Megachiroptera are responsible for seed dispersal and pollination of most fruit trees in the human food production. They also help preserve forests and have been used to restore forest ecosystems.