Preparing a garden for black frost 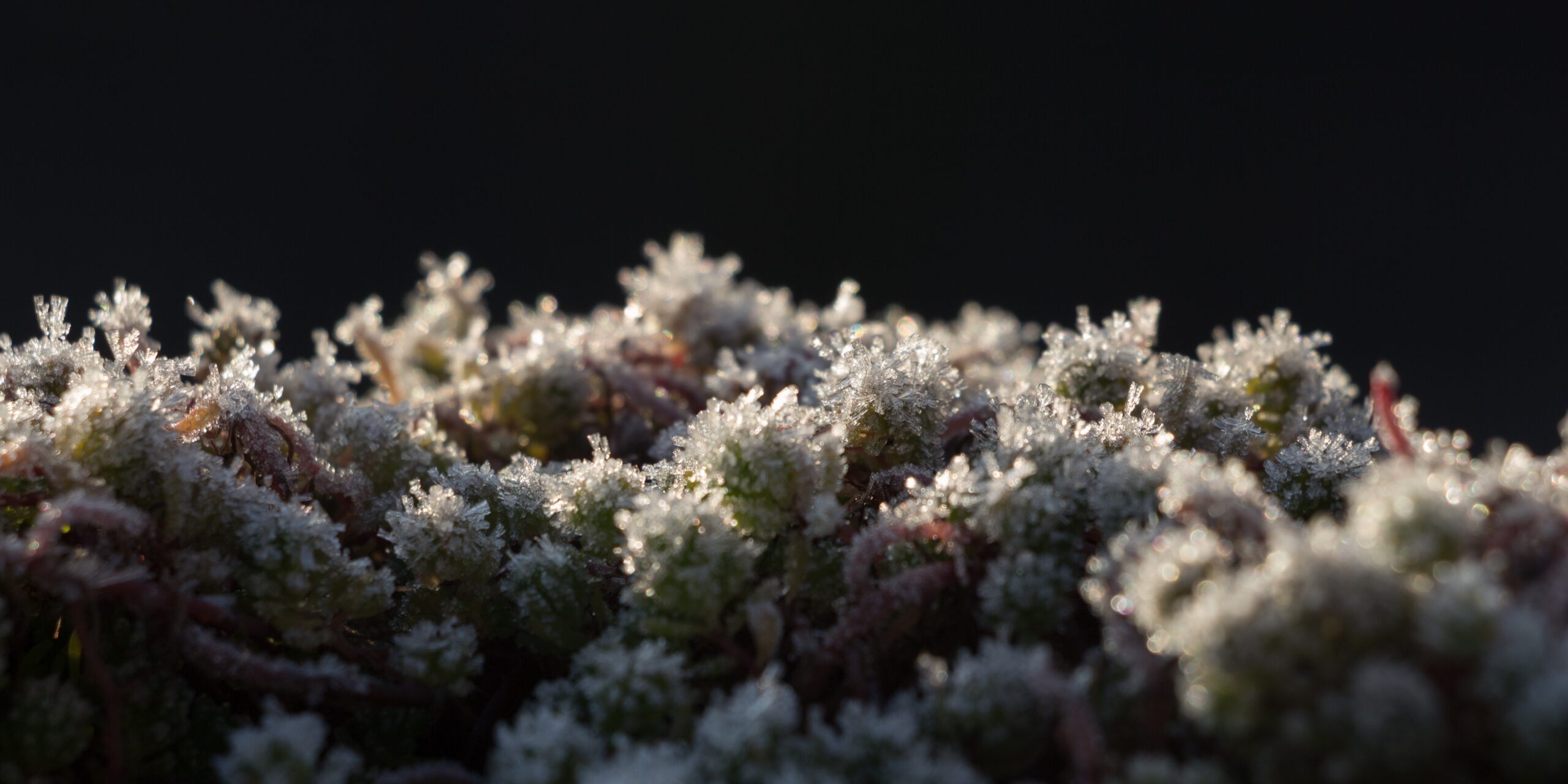 Preparing a garden for black frost

In a typical South African winter snow sets in Drakensberg. Cape Town’s north-westerly winds bring the winter rain to the Western Cape. While in the interior, frigid cloudless days set in the Gauteng regions. Along with the cold comes frost.

What is black frost.

Black frost occurs when the humidity level is too low to reach dew point and create white frost but the temperature drops below freezing.

The moisture in the plant’s cells freezes causing expansion to take place, breaking the cell walls causing the leaves to turn black and, in some cases, killing the plant.

The difference between black frost and white frost

The definition of frost is a degree or state of coldness sufficient for causing the water to freeze.

Frost is formed on cloudless still, chilly nights. Cold air causes the water vapour in the air to condense creating droplets on the ground (dew point). This is known as dew. When the dew lands on a surfaced below 0 °C the liquid freezes creating ice crystals we know as frost (frost point). leaves lawns with s shear white blanket.

Typically, Black frosts occur every four to seven years in the highveld to keep gardeners humble. Johannesburg gardeners planting Durban-type gardens will be worst hit. Tropical plants are no frost resistant and can even suffer when the temperature drops below 12 degrees.

As light becomes restricted and days shorten in winter, a frost-adapted plant’s metabolism changes to protect themselves from cold. It is part of the natural cadence.

However, an August black frost will wreck a garden. Plant emerge from dormancy slowly, as temperatures rise and daylight hours increase – a sudden black frost will damage delicate new growth.

The micro-climate around urban centres does change due to urban heat island effect. The microclimate in Joburg has changed and we are less affect by frost than before. Reassures Oscar Lockwood.

Prepping the garden for a black frost

There are a couple of ways to protect the garden from frost. Mulch and frost blankets create a protective layer that retains moisture around the plants and its roots.

Young trees can be teepee’d with thatch to prevent them from coming in direct contact icy winds.

Conscientious gardeners will stop watering in the evening and adjust their irrigation settings to the winter setting. Watering during the evening create excess water build up on the plant leaves, making them more prone to frost.

Hedges and walls serve as excellent wind breaks and an extra from of protection.

Cold air and frost occurs at the lowest point of the garden to avoid frost damage plant frost-tolerant fauna in those areas.

Avoid autumn pruning rather wait to prune in Spring. The excess leaves and growth helps protect the central crown of the plant. Pruning also encourages new growth, which is more susceptible to frost damage.

When the leaves turn black

Help the plants are turning black! Oscar from Life Landscapes says: Do not prune. Do not feed. Just leave the plant in mourning. The dead leaves protect the plant creating a mini greenhouse effect. Cutting them back encourages growth, that is the opposite of what we want. Buds, shoots and new growth are more susceptible to frost. You

There are three ways a black frost will affect plants: tropical plant will die – it is nature’s way of weeding out non-endemics.

Other plants will die back and regrow in Spring. The more resilient plants will eventually shed the damaged leaves. It’s important not to touch and just let the plant be until Spring.

Benefits of a black frost and frost

Black frosts will eradicate plant diseases and funguses as well as marginal weeds. We’re hoping it has an impact on the shothole boerer epidemic in the Joburg’s CBD.

Frost improves soil quality by splitting the soil particles when they thor.