10 South African trees and shrubs that have us tickled pink! 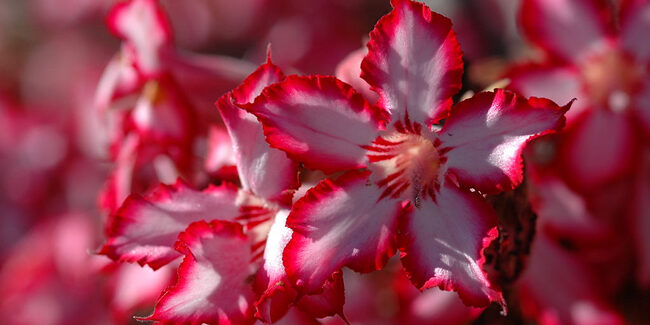 If a pink planting palate tickles your fancy and you are feeling inspired by Aerosmith, here are 10 indigenous trees to grow in a pink South African garden.

Pink is a non-threatening colour that inspires confidence and is widely considered to have carefree, fun and happy connotations. Pink also comes with strong associations with breast cancer awareness, the female of the species, and gay pride – all of which could be motivations for building a pink corporate garden.

In nature, pink is associated with pigs, peonies and grapefruits. In Japan, it is considered a masculine colour, as the pink-blossomed cherry trees (sakura) are said to represent the young Japanese warriors who fell in battle in the prime of their life. 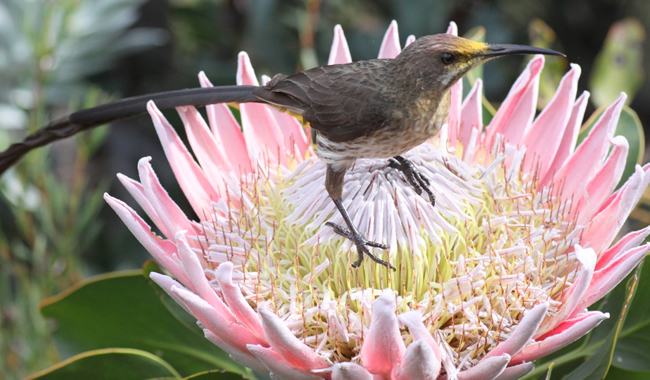 This 25-metre beauty is the towering queen of the pink blossomed trees of South Africa. The Cape chestnut is a delightful tree for any Gauteng, KZN or Eastern Cape garden. It flowers in winter, making it an important bee tree, and it also plays an essential role for South Africa’s only endemic parrot, the Cape parrot, as well as cinnamon doves. Over 13 insects rely on the tree, including the emperor swallowtail butterfly. It has a non-aggressive root system and is suitable for a large garden. 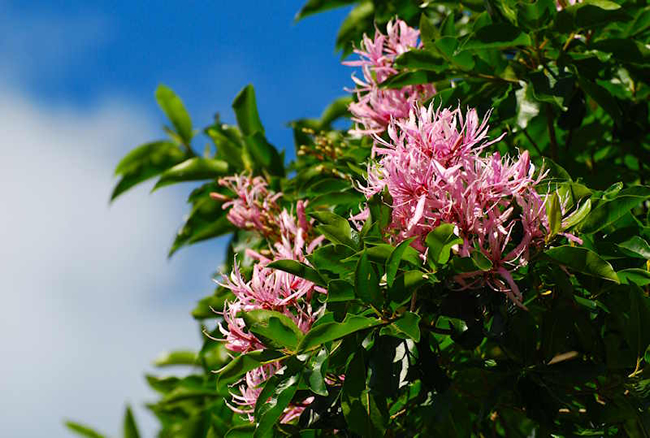 The mountain hard pear attracts hordes of fruit eating birds such as the Knysna loerie, the African green-pigeon and the crested barbet. It grows to 20 metres in height and produces swells of flower clusters that are the colour of Turkish Delight. This tree is perfect for any size of Natal, Eastern Cape or Gauteng garden. Even when not in bloom, it makes for an attractive tree with shiny evergreen leaves.

If you would like your flamingo-coloured garden to be in perfect pink condition, then plant a pompom tree! This is one of South Africa’s most popular trees as it grows spurts of candyfloss pink blossoms.
Its roots are non-invasive and it’s a real show-stealer when in bloom. It can also be used in water-wise gardens across the country. 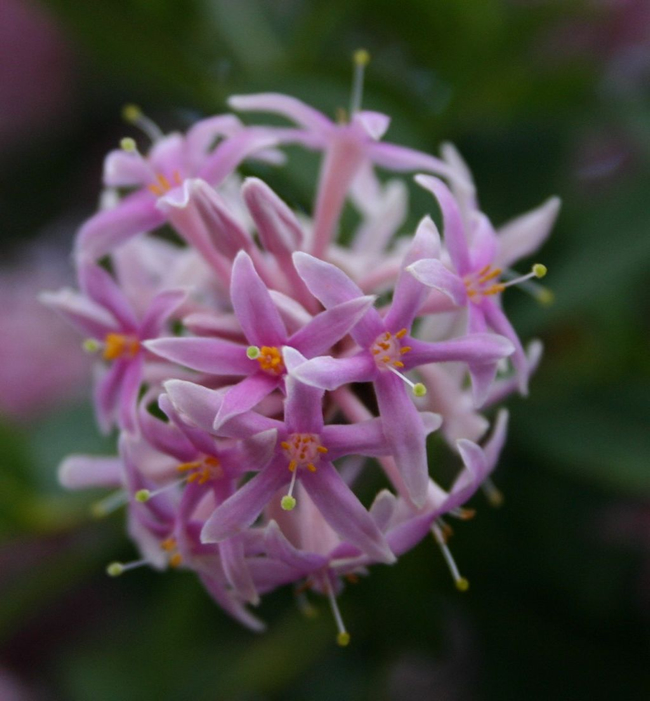 From December to April the rose quartz blossoms of the river indigo grace gardens. The river indigo is a deciduous tree that does well in full sun and in warmer areas. Do not confuse the Indigofera jucunda with the Cape Floral Kingdom’s Indigofera frutescens, which also has pinky-purple flowers but is much smaller and occurs in the fynbos region. River indigo also happens to be the favourite tree of our director, Ida-Marie. 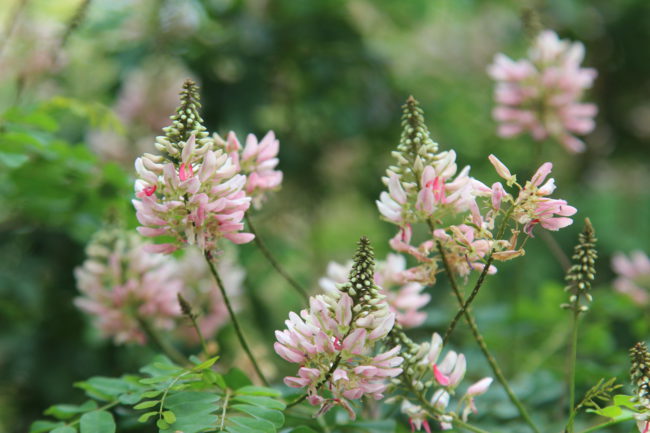 The spekboom can reach up to five metres tall and hails as a miracle plant, absorbing more CO2 than any other plant in the world! It has quite a reputation in South Africa for being incredibly useful as a hedge, especially along fence lines, and it looks great in a succulent garden. It springs little ballet-pink flowers from June to November and has the reputation of being one of the hardiest plants in the world.

The forest pink hibiscus is the dainty ballerina of the hibiscus family, and its flowers are much more elegant than its flashy Polynesian cousins. Each flower may only last a day, but it flowers 365 days of the year to make up for it! It attracts butterflies such as commodores, and skippers and sunbirds adore it. The shrub has a very woody base, so it’s best to plant it at the back or in the middle of a bed and let the pink flower pirouette out from below. 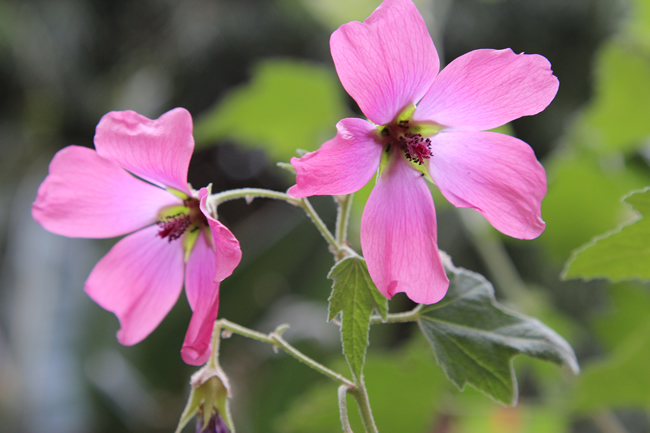 This pink shrub has around-the-clock ruby-pink blossoms. It’s a hardy shrub that loves full sun and is adapted to many conditions, including the coast. It’s not just a pretty face – it is also very useful in a veld garden and as a screen plant. 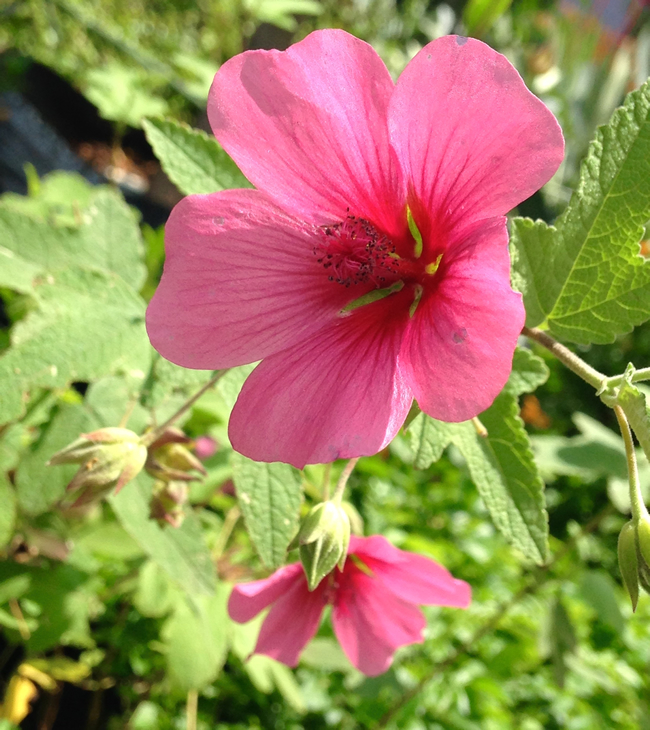 This pink panther sneaks onto the pink tree list, not because of its flowers but because of its pink puff-like seeds. This is a drought resistant desert tree that comes from the Karoo and Western Cape. It grows to between three and six metres tall, and is a very interesting tree to behold. 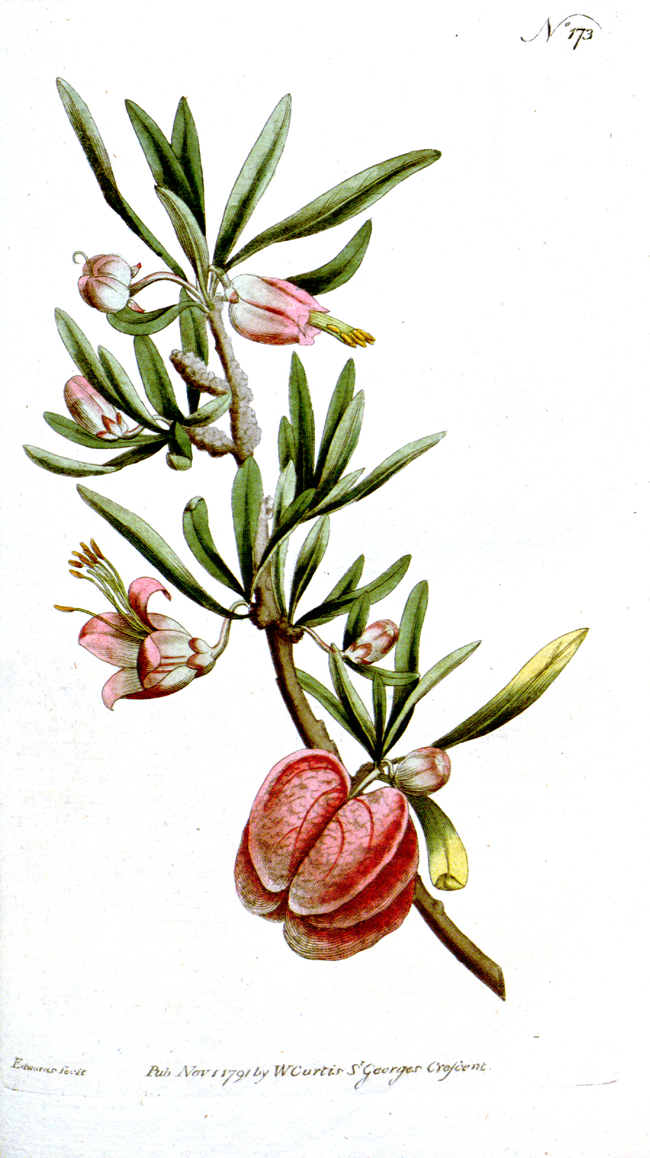 The impala lily is a firm favourite in the Kruger and is often used in landscaping around bush lodges, as the hot pink blooms are a real eye catcher in the bare bush surroundings. It can get incredibly large but does not handle frost, which rules out Johannesburg gardens. 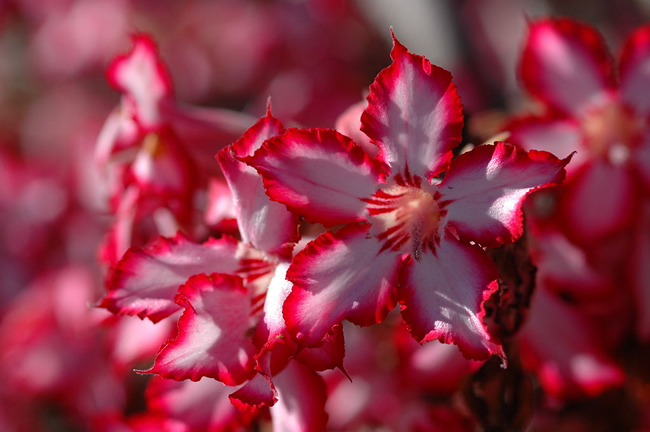 How could we forget the pretty pink proteas from the fynbos region?
These multi-talented shrubs have the biggest pink flowers, and Life Landscapes enjoys utilising the following protea subspecies onsite in our Cape Town branch! 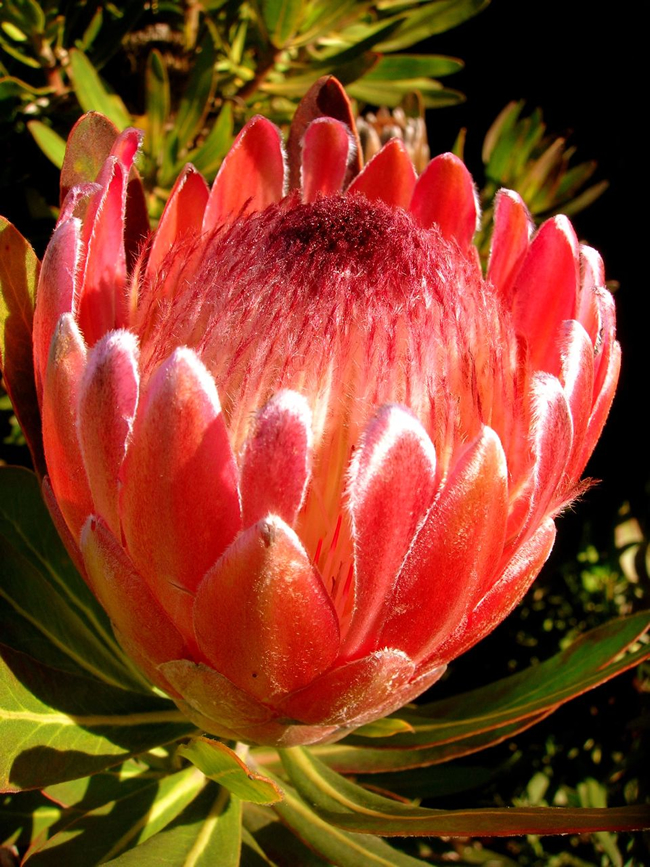